We All Love Our Puppies

For this month, to get role playing up and running again for this group i've decided to do a contest. Depending on how much you role play you get points. The person with the most points win. Everybody that gets at least 5 points gets a spikey ball. Up to 10 prizes for the grabbing. Ends on June 15th and results will go out the next day at the lastest. Prizes will be handed out throughout that week.

5th place- a frisbee and canicross for competitions

people that you have asked and have joined- 10 points for each person that has joined and was asked by you to join. They must tell me when the join the group.

telling other people to join the group(max. 10 people)- up to 20 points( 1 point for each person you ask. please tell me who you asked to recieve points)

mating the characters (max. 3)- 2 points for every time you mate

having a crush on other player's animal- 3 points

role playing daily(at least 3 times at day to get the points and max. 5)- up to 5 points(1 for each comment)

If you'd like to join my RP please post your character on the froup wall or send it to me by PM.

1.only can have up to 4 characters including puppies(excluding me and the manager)

*2 no cussing or saying inappropriate things

*3 being disrespectful to other users

4. Please do not make them do things that only humans can do like smile or stand on two legs

Please tell me if you want to change something or add something including pictures.

If you don't like a picture i put up please PM me with the picture you want.

Roles in the Pack:

*Alpha Female and Male: Leaders of the Pack

Delta Female and Male: Second in Command in Training

Hunters: Hunt for food for the pack

Omega: Bottom of the Pack, usually don't contribute too much

Shaman: Medicine and Individuals to go with Wisdom

* will be determined later

In the days only remembered through legend, the alphas of a single pack clashed. The female was a wolf of a striking black coat and dashing red eyes and the male of a beautiful pure white coat with dazzling blue eyes had an argument over the leadership of the pack. This great war divide the pack between the two, from that day forward the forest was spilt between the two packs, The Light and The Dark. The tension continues between the two pack as each grows by the day.

Role in the Pack: 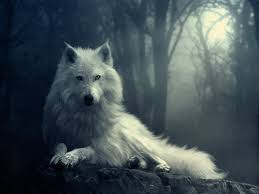 Personality: Wise but Quick to Argue, Adventurous, Takes a Little to Warm Up, and Full of Energy

Role in the Pack: Scout 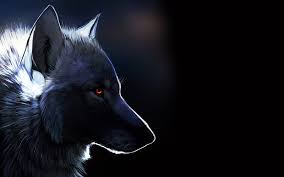 Nataly-Millan
6 years and 2 months ago

Nataly-Millan
6 years and 2 months ago